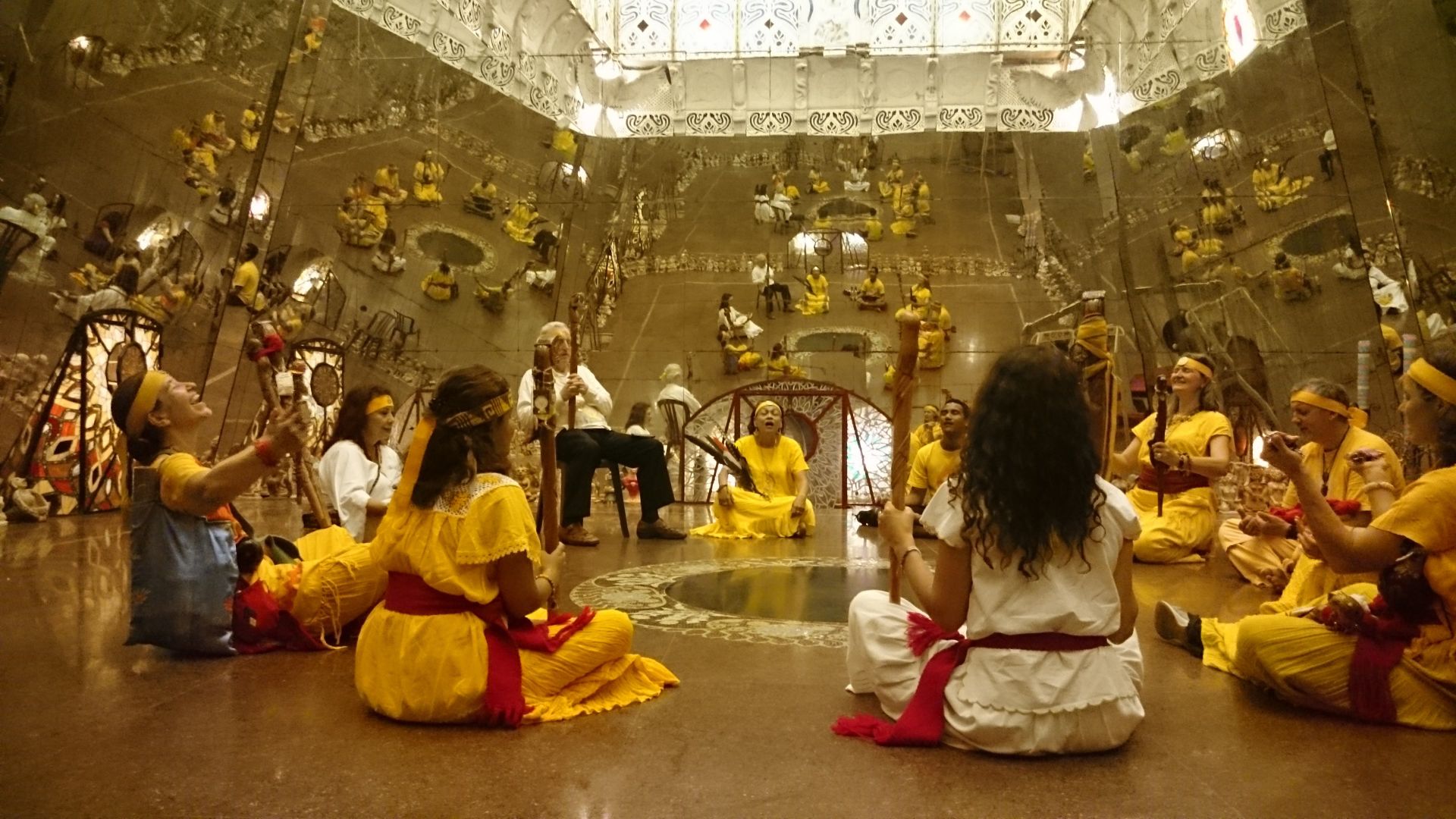 Shamans and representatives of indigenous peoples at Damanhur

Damanhur Education invites Shamans and representatives of indigenous peoples to come to Damanhur to share their ancient wisdom with us.   The human race is losing more and more diversity, and with it the connection with our original spiritual matrix. Indigenous people have kept their lineage of wisdom alive: without them we cannot bring humanity back on a path of sustainability and respect for all life.
The Shamans of Indigenous people are now the spiritual Mothers and Fathers of all humanity. For this reason, we at Damanhur invite shamans from all over the world to visit our community and bring here the seeds of their wisdom, sharing knowledge and traditions.
Inspired by their example, Damanhur Education aims at creating an active network to orient humanity towards respect for all life and the Earth, of which native people have always been the Guardians.

Venerable VENERABLE ABUELA NAH KIN visited Damanhur the 20th of July 2015 together with a group of 10 people.

She shared the exciting Maya tradition with the community and offered meditations and a despacho ceremony. In order to create an even stronger link she planted seeds in Damanhur’s soil. 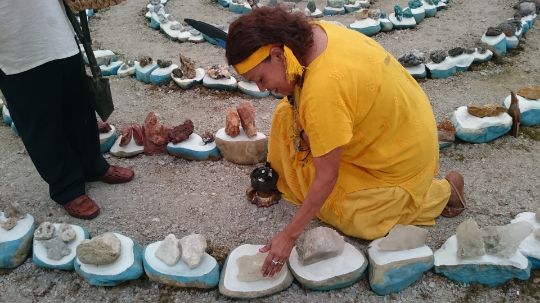 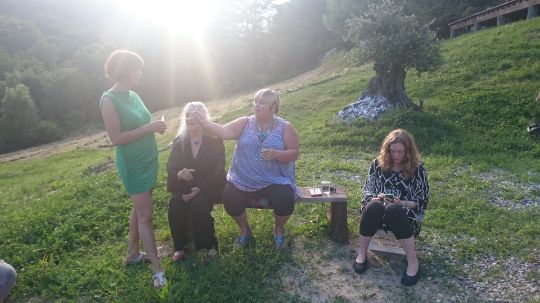 MARZA MILLAR is the last Grandmother of the Wind Creek Yavapai Tribe to carry the medicine of the Emergence Door for the 4thCycle of the Sun for the Yavapai People and to Bridge the 5th Cycle of the Sun.
Marza has been given permission and instructions by her Elders to share the prophecies and healing techniques of the 5th Sun Cycle with the people of Damanhur.

WILL TAEGEL, the Dean of the Wisdom School of Graduate Studies at Ubiquity University brings an integral approach to his work at Wisdom University as Vice President of Academic Affairs. He weds his Native American background and traditional training in shamanic circles with his 30-year practice of psychotherapy.
Will Taegel has many different native American bloodlines, from Shawnee to Comanche to Nahuatle.

In July 2016 he came with a group of 30 students of Wisdom University for a 10 day course. He shared the traditions and wisdom of the Shawnee tribe from North America with the whole community.

The Tibetan-Chinese shaman YUAN MIAO is a Singer, dancer, artist and author. Although her spiritual roots are in Vajrayana Buddhism, Miao’s approach is not Tibetan Buddhist. She imparts a universal wisdom that embraces people of all faiths, as well as those who consider themselves non- religious.

She was invited to Damanhur from August 12-16, 2016 sharing the wisdom of the Tibetan Nyingma Dakini Lineage and various traditions of the world to work in harmony for the benefit of humankind. She offered inspired mantra singing with the whole community. 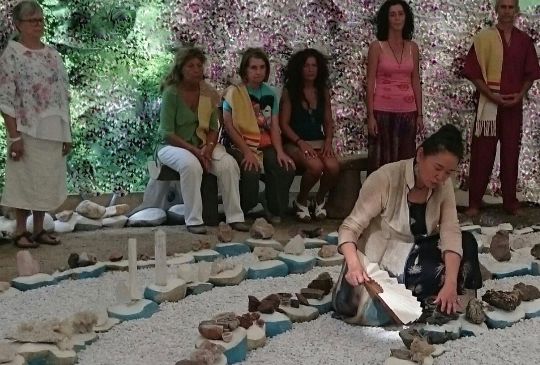 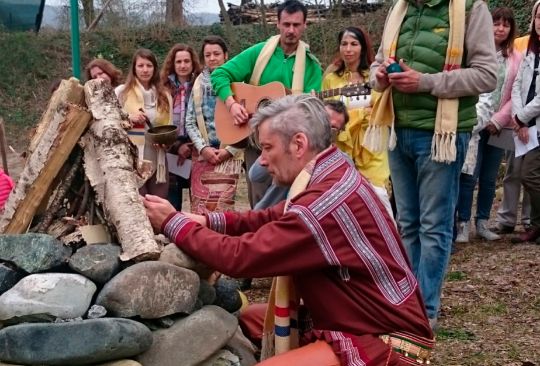 ROBERT A VARS-GAUP stayed in Damanhur from March 19 to 23. Robert A. Vars-Gaup is the bearer of the Sámi noiade tradition by inheritance from his family, and he is also a trained shaman in a modern tradition. He is known for his strong healing abilities and powerful drumming.
In March 2017 he represented the Sámi people with a fire ceremony and powerful drumming at the spiritual eco-society Damanhur in a project to preserve the knowledge and culture of the indigenous for world peace and healing. He also participated in the celebration of the autumn equinox.

In November 2016 IRENE GOIKOLEA of the Basque people shared a ritual in Damanhur. She is also the founder of three communities in Spain called Ammalura.

In September 2017 SOL ERNESTO GONZALES DOLORIERof the Awajum tribe, part of the endangered Jibaro people living in the Bagua departamento de Amazonas province in northern Peru, shared his culture and a ritual in Damanhur.

In November 2018 DANIEL WESLEJWETHUNG, his shamanic name is NIBIDIGH (Water Dogh)of the Anishinaabe Canada people shared a ritual with fire and stone in Damanhur. He returned in March 2019 to conclude the ritual.

In September 2019, ROSALIA SOUTH of the Babaylan tribe of traditional healers from the Philippines came to Damanhur. Being a healer is part of her family tradition. She was initiated by her grandmother, originally from Zamboanga. She is still in touch with her mother, the last ancestor of her people.

In September 2019, GUILLERMO AREVALO, a Peruvian shaman and healer of the Shipibo Konibo people in the Amazon, who communicates with the plants has come to share his wisdom in Damanhur. The Konibo tribe lives in a close community environment.

In September 2019, NARDANAND SWAMI, an Indian guru in the Siddha Maha Yoga tradition came to share his knowledge in Damanhur. 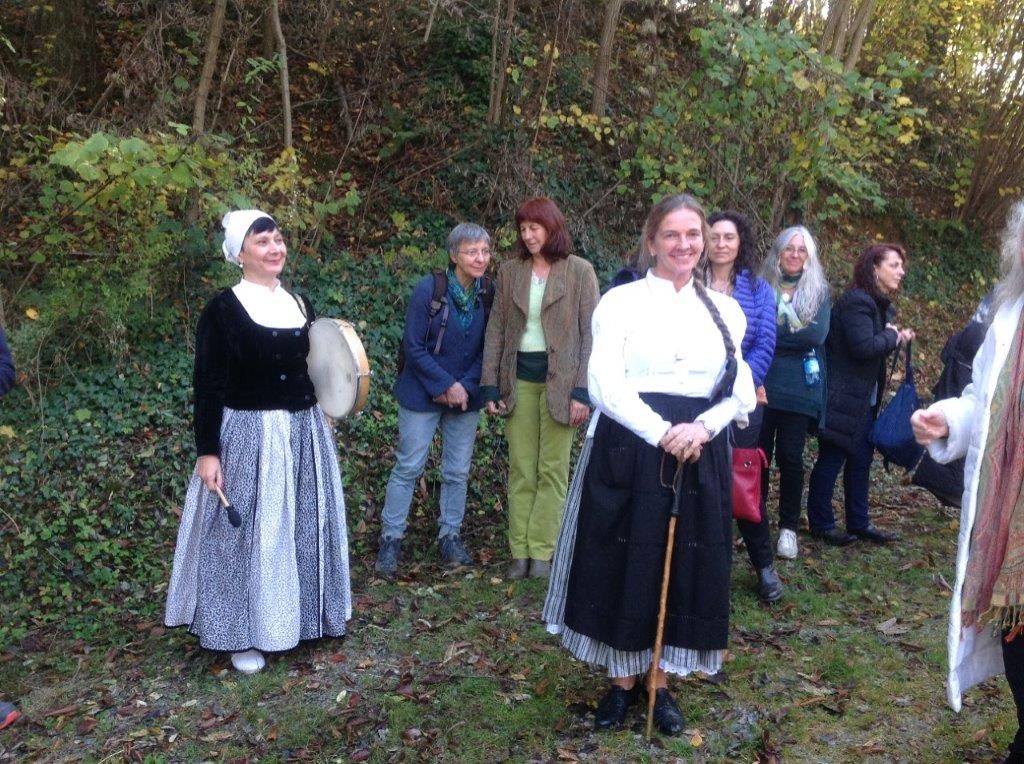 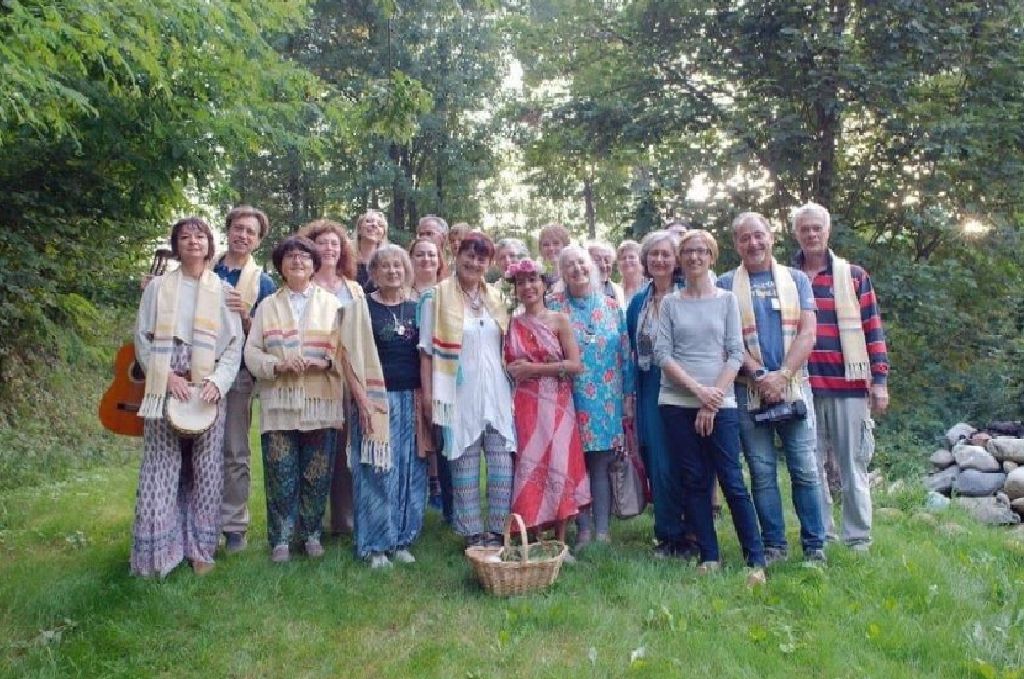 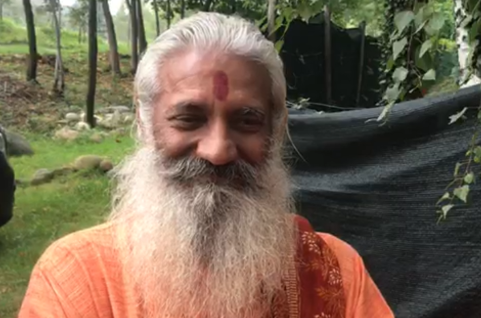