A concrete step for a “Twinship”

The Non-Profit Association Damanhur Education APS serves as the container for the realization of the twinning of an eco-village in the South, Guedè Chantier, Senegal, and an eco-village in the North, Damanhur, Italy. The vision brings concrete proposals for exchange between different realities, which have much to share with one another. The first step, after an initial visit by representatives from Guedé Chantier to Damanhur, consisted of a workshop for the preservation of vegetables and tomatoes, which was held in Guede Chantier. The workshop engaged 55 women from Guedè and 4 other villages to fight undernutrition in Guedè and in the nearby villages. 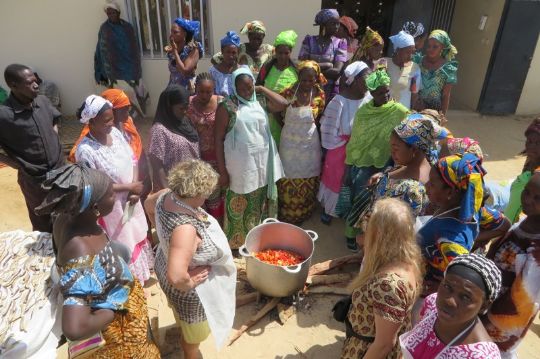 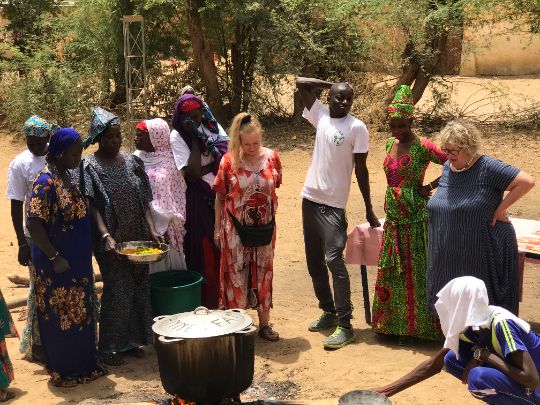 The idea of a twinship between Damanhur and Guede Chantier was born during the General Assembly of Gen-Europe in 2013. It is implemented through the Association Damanhur Education. Ousmane Ali Pame, President of Gen-Africa (Global Ecovillage Network), then Mayor of Guedé Chantier, and Macaco Tamerice (Martina Grosse Burlage), then President of Gen-Europe, currently President of Damanhur Education, speak of their respective realities, imagining how exciting and mutually beneficial it would be to facilitate a partnership between Damanhur and Guede Chantier, an eco-commune in northern Senegal. The Damanhur Education APS is identified as the suitable container to promote the twinship.

It took nearly a year to implement the first trip, but in 2014 two representatives of Guede Chantier—the same Ousmane Ali Pame and Hamet Thiam—came to Italy, hosted by Damanhur Education. On several occasions, they shared stories about life in the Senegalese village with Damanhurians.

Representatives of Guede Chantier and the representatives of Damanhur identified together a few points to make the twinning concrete and not solely an exchange of courtesy visits. The first key point identified was the transformation of food, a crucial theme for Guedé Chantier. There, food is in abundance for two to three months per year, with no ability to conserve it, resulting in the waste of tons of vegetables which are thrown away; subsequently creating an undernutrition problem for the following 8-9 months. 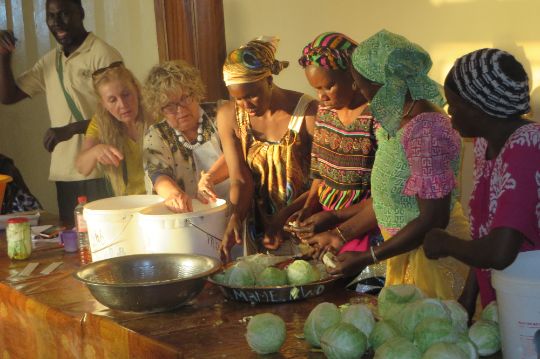 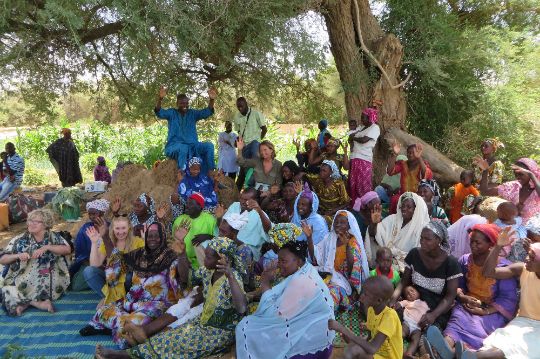 It took two years to bring a workshop on food processing to Guedé at which point the project became reality: in the beginning of March, 2016, two members of Damanhur Education—Macaco Tamerice and Pelicano Altea (Carla Dacomo)—lead a workshop on food preservation in Guede Chantier. This also benefited representatives of other neighboring villages.

During the visit, meetings with the entire village of Guedé were held to identify other projects to make the twinning even more fruitful. When the representatives of our organization came to Guede Chantier, after a long trip from Dakar, a crowd of about 300 people gathered to welcome them with a ceremony. The Elders expressed words of brotherhood and their greetings. The next day, the two women visited a permaculture project promoted by Gaia Education in Diarra, a nearby village. Many women from Diarra wanted to participate in the workshop on food transformation, which began the same afternoon.

The practical workshop educated 55 women from 5 different villages in various techniques to preserve vegetables and tomatoes. The women were so enthusiastic that they decided to create an Association for food processing, in order to continue the work.

The Senegalese women sold preserved foods produced during the workshop at the market, in one of the villages. The goods were highly appreciated and represented a new source of revenue. There will be annual meetings with the experts from Damanhur Education to further the education in food preservation, with the aim to improve the quality of nutrition while simultaneously creating income sources for the village women. 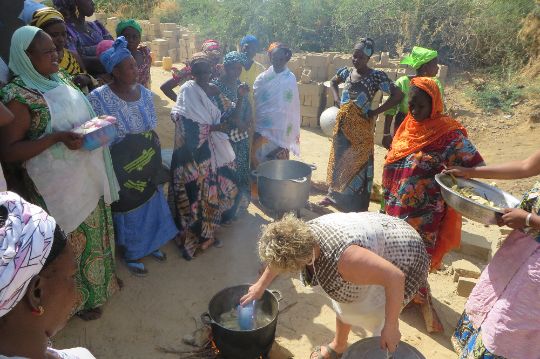 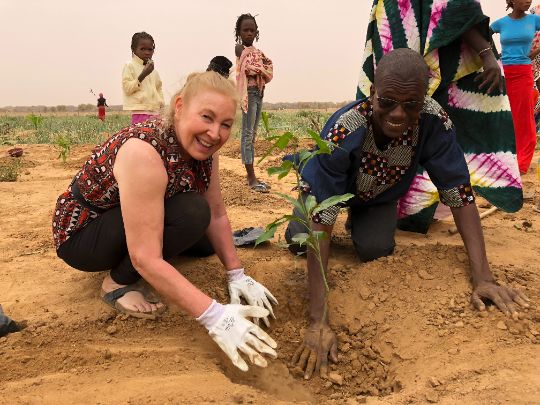 The second edition of the collaboration took place in 2018. A delegation of the NGO Damanhur Education in collaboration with REDES (Réseau pour L’Emergence et le Developpement des Ecovillages au Sahel) planted over 1600 fruit trees together with the people at the end of March 2018, in our twin-sister eco-community Guede Chantier, Senegal and 5 other villages which are part of REDES. 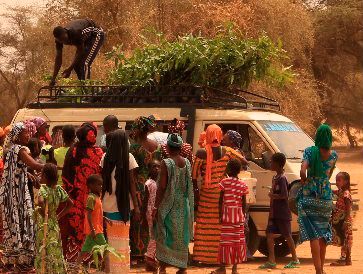 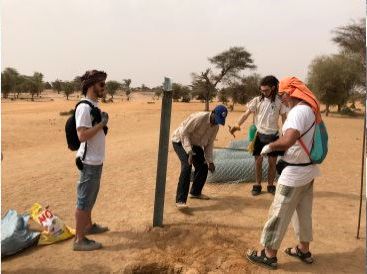 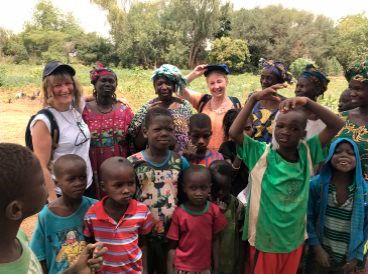 The second edition of the collaboration took place in 2018. A delegation of the NGO Damanhur Education in collaboration with REDES (Réseau pour L’Emergence et le Developpement des Ecovillages au Sahel) planted over 1600 fruit trees together with the people at the end of March 2018, in our twin-sister eco-community Guede Chantier, Senegal and 5 other villages which are part of REDES.

Damanhur Education APS and REDES have brought concrete support to the population of Guede in its fight against environmental degradation and community vulnerability by organizing a reforesting campaign on 10 sites in 6 different villages. The delegation of Damanhur Education APS together with the population of the villages have planted over 1600 fruit trees. In one village, a fence was also built to protect the trees against grazing animals.
This was the second visit made by a delegation of our NGO in order to create concrete actions that can make a big difference to the population and implement concretely many of the United Nation’s SDGs. 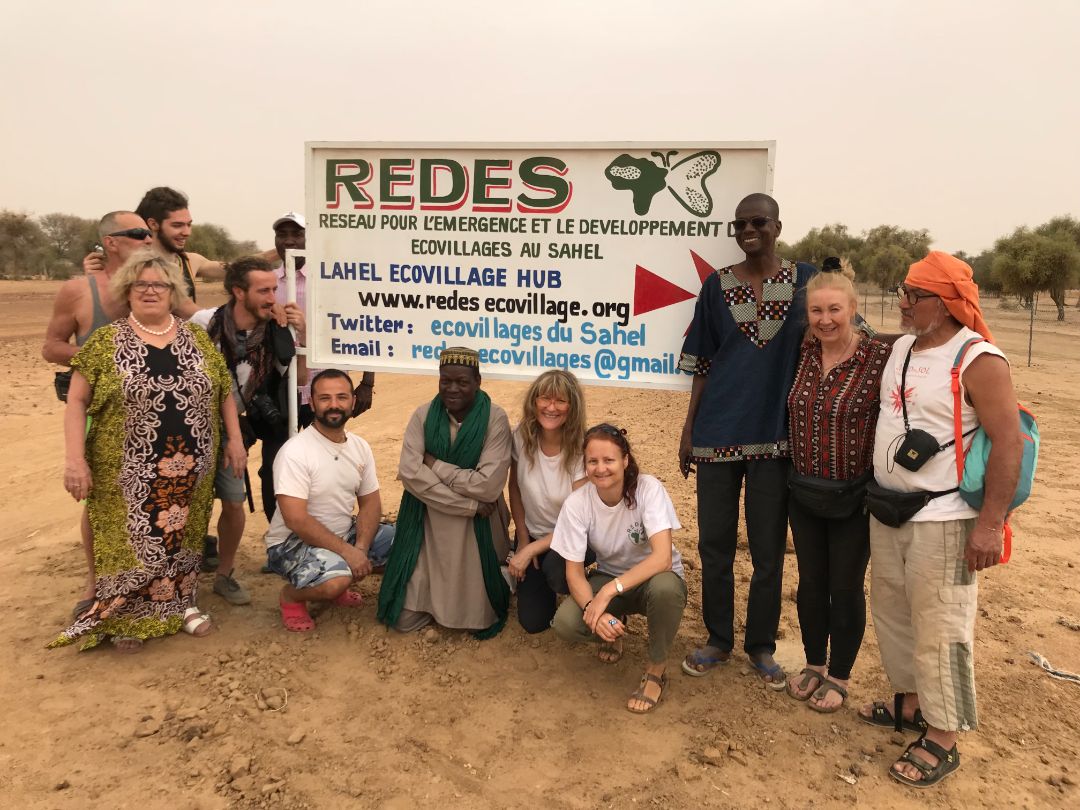 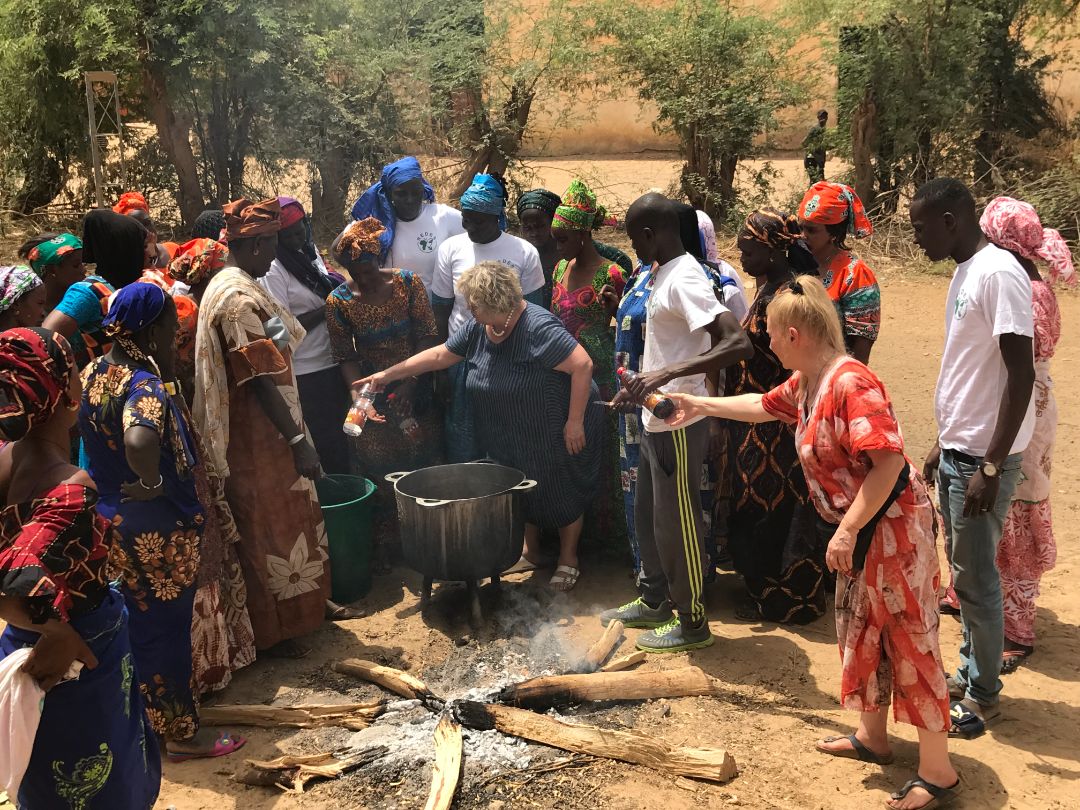 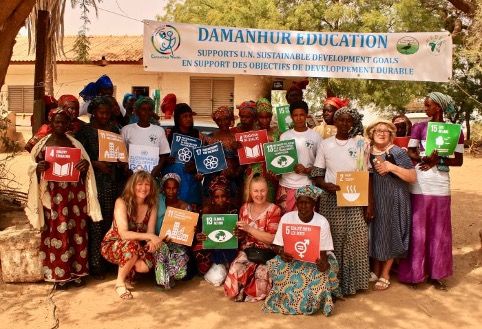